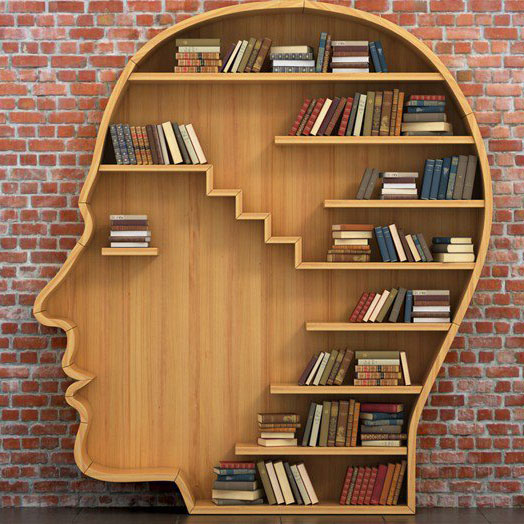 The book that nearly killed me

I released a book yesterday and my anxiety levels have possibly never been higher. I have never been more scared to put a book out there than I am with this one. Why? Because this book… THIS BOOK almost killed me. It made me question myself as an author. It very nearly made me give up, not just on the book, but on the career. Yup… for a while it was that bad.

But first let me set the scene a little. I finished book 1, Along the Razor’s Edge, at the very tail end of 2016. It flew out of me, and generally when I write a book that quickly, it’s because I am loving it and am deep within the narrative. It’s a story that needs to be told, even if I don’t know where it’s going while I’m writing it. Eska was such a powerful character in my mind, she demanded to be put on the page and to see the world. Honestly, there was simply no arguing with her.

Early 2017 saw me in a bit of turmoil. I split with my publisher at the time, and also hadn’t been paid for about a year, so was struggling a little. OK, a lot. I was struggling a lot! That aside, I sat down to write Eska’s 2nd book.

And the real struggle began.

That first version of The Lessons Never Learned was like wading into a stormy ocean. I had to pull every damned word out of me, and they never seemed to fit the way I wanted them to. It all felt so wrong and stinted and forced. Every day saw me clenching my teeth, dragging a few hundred words onto the page, and then feeling like I hadn’t gotten anywhere.

Fear struck me pretty hard. The story wasn’t flowing, and I just couldn’t make it work. I honestly thought I had lost Eska’s voice, and I couldn’t seem to find it again. She went from a force of nature to flat and unemotional. Robotic.

But I persevered and finished the book, thinking as long as I could get the story down, I could go back and fix it all in edits. Make the awkward phrases pop flow and actually mean something. Bring the characters back to life and have them steer their own path instead of me forcing them along it step by grueling step. At that time it sat at about 110k, on the small side, but still just about longer than book 1. But there was a problem.

I hated it! I thought it was a terrible book. I knew it was a terrible book. Eska’s fire seemed diminished, and she didn’t really do anything, and the book just kinda plodded along and nothing happened. There were some good ideas, sure, but it lacked purpose and emotion. Regardless, I sent the book to my alpha readers, thinking maybe I was wrong and just needed some distance.

I was not wrong.

When your alpha readers, people who generally like your work enough to sign up for such a task, come back to you and say the book is terrible… listen! When they all come back and say the same thing… listen! Thankfully, I did. They had no answers, because that’s not their job, but they were united and resolute. Book 2 was a stinker and should be snuffed from existence. I agreed wholeheartedly, and the problem was I had no answers either.

I’d lost it. And I couldn’t figure out how to get it back. How to fix it. I didn’t even really know where I had gone wrong. All my ideas had just not worked. The story I had in my head turned out to go nowhere and Eska just vanished.

The series was dead.

I put it down, and shoved both books into an archive file that I knew would never see the light of day again. It is a place where aborted stories go to die. Then I drifted, playing with a couple of projects my heart was never really in. It was a time of heavy sighs, large tipples, and depression that put a lot of strain of every part of my life. I was not a very fun person.

By mid 2017 things were starting to look up. My split from my publisher was complete and I finally had my rights back. This meant I had books on sale once more and was actually making money. Not much, but it allowed me to pay a few bills.

So right now, I think it’s time to stop and point out that my wonderful wife-not-wife, Vicki, supported me both emotionally and financially through all of this. Without her, I honestly don’t know how I would have coped. I don’t think I would have coped. I played the stereotypical starving artist and she loves me enough not to kick me out on my arse, and I don’t think I can ever thank her enough for that.

So, mid 2017 and now not only did I have books on sale again, but my piratical novel, Where Loyalties Lie, was in the finals of the SPFBO (That’s the Self Published Fantasy Blog Off, run by Mark Lawrence). I was starting to feel a little more happy about my career for the first time in about 2 years… Because about 2 years prior was when I signed up with my ex-publisher. We’ll just file that whole debacle under mistakes were made.

During this depressive down time, I had spent quite a few of my nights going back to the things that had inspired my imagination in the old days. I found a few new anime to watch, along with a couple of old favourites (Fullmetal Alchemist Brotherhood is watched roughly once a year!). I also dug out a bunch of my old Martial Art Cinema films. I’ll admit, a lot of those aren’t deep and meaningful… they’re kinda just big excuses for spectacular fights sometimes. But sometimes that’s what you need. It’s what I needed. Stories about good vs evil, played out in punches and kicks. Stories about loss and redemption and overcoming the odds. Stories about mortals punching Gods because they were so damned determined to win.

Now with a bit more pluck and optimism to my step, I had a new idea for a novel about samurai and shinigami and lots of fighting. So, I wrote that. It flew out of me, and for the first time since writing Along the Razor’s Edge, I thought maybe I hadn’t lost it.

Anyways, speaking of Along the Razor’s Edge (we’ll just call it AtRE from here on out), it kept repeating on me. I couldn’t get the book and the characters (mostly Eska) out of my head. I finished my anime and martial art inspired novel, Never Die, towards the end of 2017, and picked up AtRE again and read it.

The Lessons Never Learned (TLNL) made me want to give up on the series, but Eska just wouldn’t let me. I felt she deserved a better book 2! And I couldn’t just give up because I loved book 1 so much that I wanted to share it.

That’s the thing that drives me hardest as an author. I have stories I want to tell, to share with people. Yes, they’re all make believe stories that exist in my head, but I just love inflicting them upon others.

So after reading AtRE again, I picked up TLNL again and read it through. It still sucked. I mean, really REALLY sucked. But in that re-reading of it, I figured out why it sucked. Where I had gone SO wrong.

When I was writing it, I felt lost in my own life. I had just split with my publisher, I had no books for sale, my career felt like it was dead-ending. And I had no idea what I was doing. Subconsciously, I put all that into the book, and not in a good way. I felt rudderless, and so Eska became rudderless… which killed her character because Eska is not the type to sit still. It was a terrible book, but I had finally figured out why it was a terrible book. And that gave me some hope.

At this point I think I really worried the wife-not-wife because I was talking about trying again with book 2. She saw how the first attempt almost killed me. But she supported my decision to give it a go once more… and give it a go I did.

I started by gutting the novel. Out of 110k, I deleted all but about 20k, and much of that 20k was put in an archive to be chopped up for parts. I started again. But I didn’t just delete the words, I scrapped the plot and started again, took it in a new, more exciting direction. It was always my intention for book 2 to be wildly different to book 1, as the setting goes from entirely underground, to the open world, but I wanted more magic, more mystery, more coolness, and more emotion. So I did it all.

I re-wrote The Lessons Never Learned from the ground up, keeping only a few of the story elements, and making everything bigger and better. I gave Eska her purpose back. And Eska being herself kinda ran with it, took my ideas and made them her own. It’s pretty much her thing.

The second version of TLNL flew out of me once more, and by the gods was I happy about that! When I had finished it, I sent it to my alpha readers, promising it was different than the last version and in every way that was good. The first response I received was one word.

I took it as encouragement.

So there we go. The Lessons Never Learned was the most difficult book I have ever written. It almost made me give up on the series, and it made me question myself as a writer, both my ability and my future.

It turns out The Lessons Never Learned is a somewhat ironic title in that I learned more while writing this book (both damned times!) than any other before or since. And it is now the book I am most proud of in my entire catalogue.

And I hope never to have to write the same book twice ever again. Ever! But that doesn’t mean I won’t, if that’s what it takes.

So that’s my story. It has its highs and lows, a plucky young underdog who refuses to be put down. A rise from the grave to new levels of power. And the ultimate victory of words over the blank page. All it’s missing is a wise old mentor and a training montage.

The best I can hope is that my telling of this story helps someone else who might be going through something similar. Because this can be a real tough industry and often it feels like we’re all alone in it. But we’re not!

Thank you for taking the time read this.