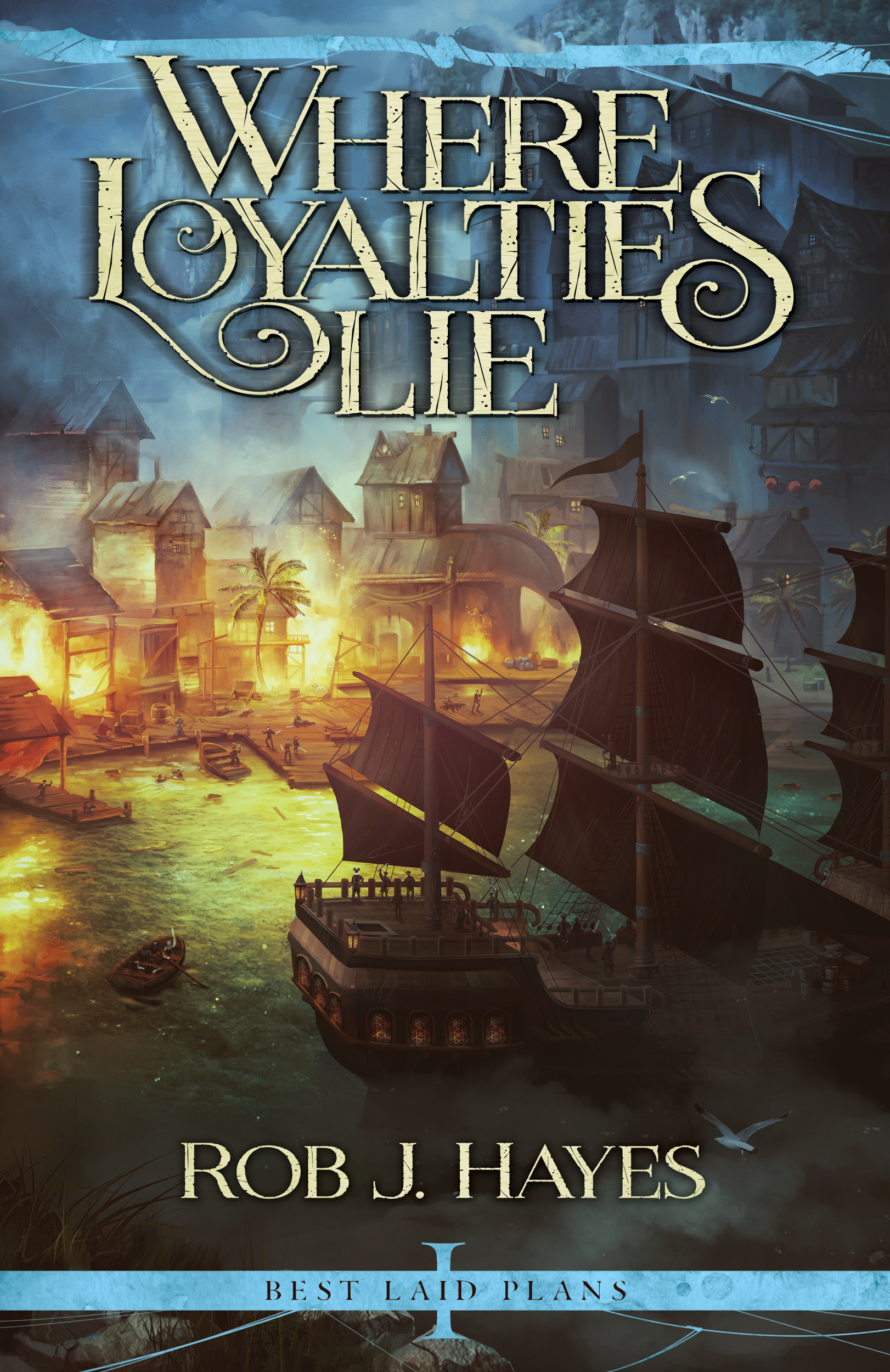 WINNER of the 2017 Self Published Fantasy Blog Off!

As the fires of a dying city burn on a distant shore, Captain Drake Morrass sees an opportunity to unite the other pirate Captains under his flag and claim himself a crown. If he is to succeed he will need allies and credibility. Who better than gentleman pirate, Keelin Stillwater, renowned for taking ships without bloodshed.

Enemy ships sail their waters, setting the Pirate Isles ablaze. The sinister Tanner Black threatens to steal the throne before Drake has even sat in it. Now Drake must somehow convince the other pirate Captains that his best interests are also theirs.

Praise for Where Loyalties Lie

The world he created felt exactly like a world populated by pirates should feel; fun and vulgar and more than a little dangerous.

I am dubbing this a “Piratecrombie”-esque work which is a must-buy for those who want to see a grimdark tale on the high seas.

…the perfect fusion of Grimdark and epic nautical fantasy that you never thought possible.