The Fifth Empire of Man 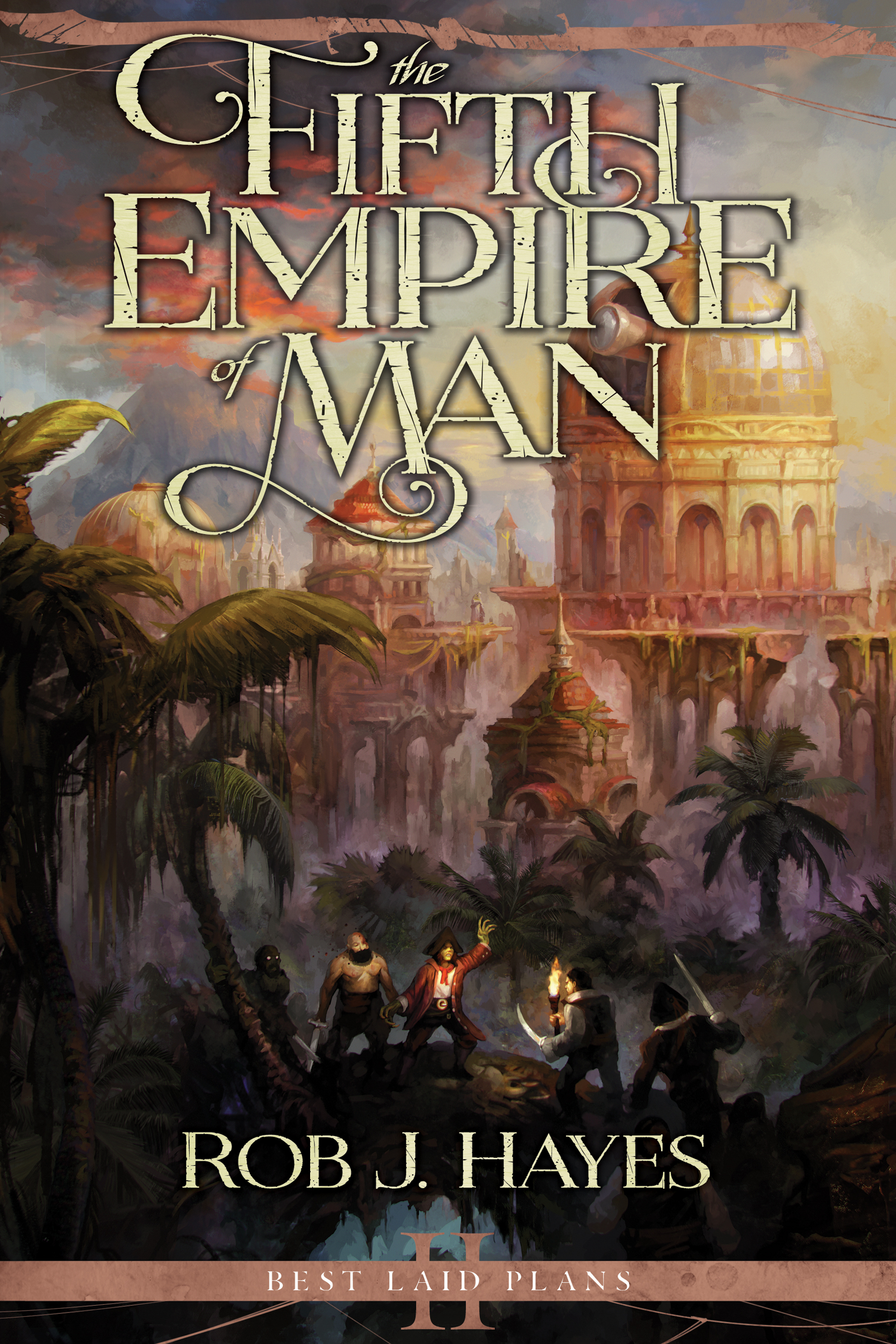 The Pirate Isles are united under Drake Morrass’ flag, but the war has only just begun. There’s still a long way to go before he’s able to call himself King, and traitors at every turn.

The Five Kingdoms and Sarth have assembled a fleet of ships unlike any the world has ever seen and they intend to purge the Pirate Isles once and for all by fire and steel.

Revenge, never far from Keelin Stillwater’s mind, is finally within his grasp and he sets sail to the Forgotten Empire. But more than dense jungles and ruined cities await him there. Vengeful gods and malignant spirits now call those cursed lands home, and they are not wisely disturbed.

Meanwhile, Elaina Black tries to secure herself powerful allies and the forces those allies can spare. She’s set her course on the throne: either by Drake’s side or over his dead body.