I’m going to post some short fiction from time to time. Just little pieces maybe a thousand words strong or so. Some might tie into some of my worlds, others might be completely separate.

This one is called He’s Coming, and it’s got a little bit of horror in it. 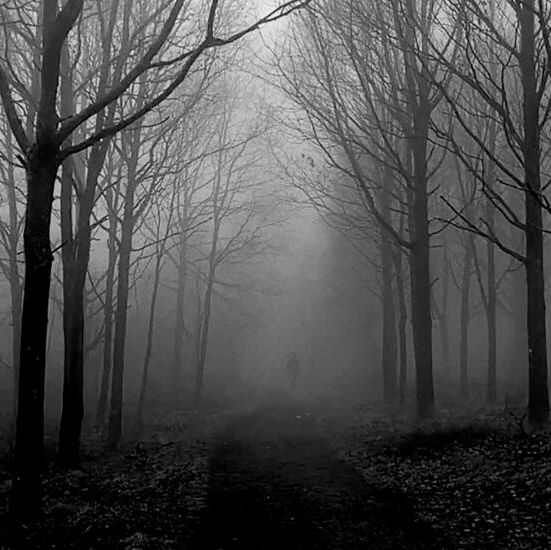 The verdant meadow was a muted thing in the pre-dawn darkness. Seres saw ethereal violets, brooding reds, burnished yellows. A cacophony of colours smudged into a violent collage.

It was not the best time to pick flowers, but it was the only time she had. Behind her, Emaly hummed as she waddled between the patches of flowers, occasionally singing a line from the song she had been desperately trying to learn for the past week. She wasn’t really old enough to help, still struggling to recognise the difference between valuable herbs and worthless weeds, but she loved to come along and keep Seres company. And Seres loved the company too. She had been alone for too long before Emaly was dropped into her life. Besides, Seres hoped Emaly would learn the various flowers and herbs by accompanying her. It was how she had learned from her own mother many years ago, before the forest had come.

A whisper reached Seres’ ears and she spun about, fear making her heart race and her breath stammer in her lungs. She stared into the hateful forest, squinting against the darkness, willing it to be nothing. It was nothing. It had to be nothing. Dawn was a while away still. They had time yet. They were safe. For now.

She watched the drifting must playing around the trunks of trees, eddies swirling chasing one another like children through the streets.

A shadow passed behind a tree.

Seres whipped her head around to look at it. Squinted. Clenched her teeth and willed her breath to quiet. But it was just a tree. The dark, nobly trunk standing firm in the fog, an anchor to all her worries. She breathed a loud sigh of relief and it turned into a manic giggle. Seres clapped her hand over her mouth and glanced at Emaly. The little girl was grinning at her and quickly covered her own mouth too. She loved to copy Seres, always grinning as though it was the most enjoyable game in the world.

Seres shook her head at Emaly, eliciting a laugh and a frenzied clapping of her hands. Seres placed a finger against her lips to remind Emaly to be quiet, then turned back to the forest. She stared for a few moments more, but there was nothing there. The mist had habit of playing tricks on the mind.

Seres was about to turn away when she spotted a sleeping patch of Sun Glory. They were wonderful flowers with petals like glowing coals. They only bloomed with the dawn on Sixthdays, and only close to the forest. They had no medicinal or culinary traits. But the church would pay handsomely for sleeping Sun Glories. The priests of the Fire used them in all sorts of rituals to bless sites.

The flowers were close to the forest edge, the mist already drifting out to caress the sleeping buds. It was too close. But it was also too good an opportunity to pass up. With just a few flowers, Seres could earn enough to move out of the slums. She and Emaly could have a proper home, not one shared with vagrants. She might even afford to send Emaly to school. It was a risk Seres had to take.

She hurried over to the flowers, knelt, started picking them one by one into her little wicker basket. It was a fortune in flowers and Seres thanked the Fire and the Steel for smiling down upon her with such luck.

As she picked the last of the sleeping Sun Glories, Seres let out a happy sigh, wiped her hands on her ever-stained apron, and climbed back to her feet. She looked down for her basket and found it blurred by fog. The mist had crept past the treeline while she was working.

“I know, sweetie,” Seres said. She peered up at the sky. Was it brightening? “We’re leaving now.”

She lowered her gaze to the forest again, stared into the lazily swirling fog. The longer she stared, the more she thought she could see things moving beyond the trees. The whispers began to sound less like the wind and more like voices crawling through the thick soup of haze.

“I know. I know,” Seres said. The sky was lightening, a royal blue like fresh hydrangea. Colour was creeping back into the world, the meadow sprinting to prismatic life. They were out of time. “Time to go, sweetie.”

Seres froze, dread turning her limbs to dead wood, the breath in her lungs to ice. The mist swirled around her, up to her knees now, her basket of flowers lost, claimed by its icy fingers. Slowly, she turned, snakes coiling in her stomach, acid burning her throat.

Emaly stood just ten paces away, a red poppy clutched in one hand, the fog washing up to her chest, her face slack as she stared back. Behind her, a spindly giant of a man loomed, his gnarled face a hideous leer. He stepped back, disappearing into the misty gloom.

“He’s coming,” Emaly said again. All she could say. All she would ever say.

“No!” Seres dropped to her knees, flowers crushed beneath her. She had stayed too long. It was all her fault.