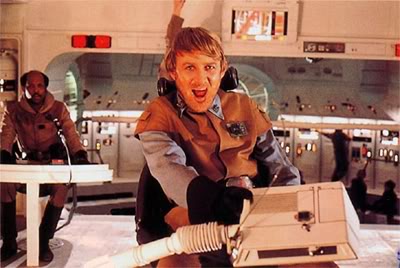 It’s the last day of 2018, and what a year it’s been. Honestly there are days I wonder how we all made it through this shit storm… But that’s not what this post is about. It’s about the future! And that’s why instead of the usual Gatsby meme to welcome in the new year, I’ve gone with Crix Madine jumping us to hyperspace (we just have to ignore the fact that Star Wars is set in the past, not the future). I’ve gone off the rails already, haven’t I?

To start off I intend to release just 2 books in 2019. The First will be dropping on January 29th and is called Never Die. It’s a quest focused sword and sorcery stand alone that follows a young boy who is on a mission from a shinigami to kill the emperor. And because I never get tired of sharing Felix Ortiz’s artwork, here’s the cover… 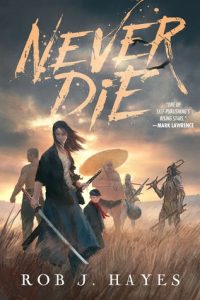 The second book I’ll be release is called Along the Razor’s Edge and it’s a high fantasy, slightly YA kinda thing set entirely in an underground prison. It’s the start of a new trilogy, and you can expect more details to be coming early on in the new year.

But new releases are not all I have planned for 2019. With the audio rights back in my grubby little hands, it’s finally time to get the First Earth Saga back in people’s earholes. City of Kings will be the first audio release (because starting with book 6 is the way to go), and I already have a narrator lined up. And I fully intend to have all 6 First Earth books, and Never Die released in audio by the end of 2019.

AND… plans for this one are still in the infancy stage, but fans of The Ties that Bind may want to keep an eye out for something special happening next year.

Along with all these releases and plans, I am also currently writing the first book in another entirely new trilogy. It will be my first true foray into the realm of Epic Fantasy, with a grotesque word count. 😀 But don’t worry, First Earth fans, the next trilogy set on First Earth is planned out and waiting for the writing. Look forward to more on both of these in 2020.

On a personal level, my goals for 2019 are to get through my tbr paperback mountain. It’s been steadily building since last Christmas, and is threatening self awareness. I also plan to get back to running regularly, and maybe even turn that 5k into a 10k. And, of course, train the puppy. Speaking of which, here’s a photo of Korra. 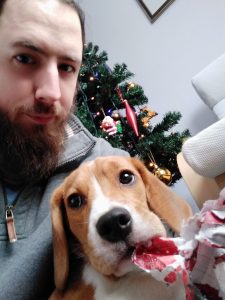 Happy New Year, everyone! I’ll see you all on the other side.