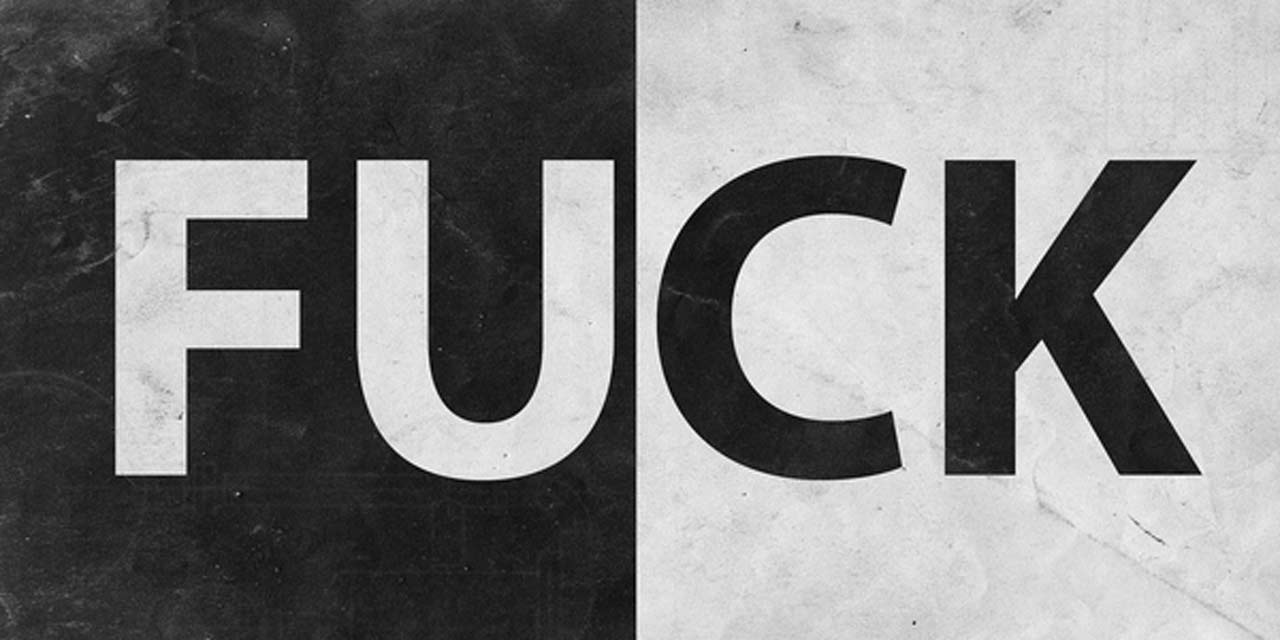 The Science of Swearing

New blog. First post. Thought I’d go with something that’s near and dear to my heart, swearing. I’m a big fan of swearing both in real life and in my books. Nary a chapter goes by in the whole The Ties that Bind trilogy where one character, or often many, let loose with a torrent of curses. So why do I make my characters swear so much? Is it because I enjoy scaring little old ladies who believe The Heresy Within might be an introspective commentary on common practices of modern organised religions or is it because swearing is an integral part of our language. The truth is it’s both.

So what is a swear word? What does it mean?

The Oxford English Dictionary (also known as the REAL dictionary) defines swearing as:

“Use offensive language, especially as an expression of anger.”

What makes a curse offensive?

Well surely any swear word is just a word at heart; a collection of letters that, when fused together, form something to astound and disgust others. No? If it’s the meaning behind the word that gives offense but then surely it doesn’t matter if I say fuck or frack (for all those BSG fans out there) it should still be just as offensive given that they do mean the same thing (in the context in which they are used) only one of those words is a fictional representation of the other and therefore not offensive.

Which brings me to another rambling thought. Why are some swears considered more offensive than others?

There was a time (back in those glorious olden days) when damn was considered a rather terrible curse. These days it’s barely even considered a swear it’s so tame. Don’t feel bad for the little word though, it still has the honour of being Jack Bauer’s most uttered word of all time which gives a lot of clout at the word union meetings.

Now the C word (that’s Cunt by the way) is considered to be pretty much the worst of the worst. It’s the sort of word that can get you banned from an Irish pub. But why? It’s dictionary definition is vulgar slang for a woman’s genitals but then surely it should be no more offensive than dick which is vulgar slang for a man’s penis.

The truth is far from simple. What makes a swear word offensive, and what makes some more offensive than others, isn’t its actually meaning but implication society places on saying it.

My final point ties this little ramble into the whole literature thing. ‘Why swear?’ and ‘Why do your characters swear?’ It comes down to two reasons: emphasis and colour.

Now I’ve already said that I like to swear but I only do so to emphasise a fucking point, (too cheap I know), to add weight to a statement and occasionally to shock people into listening. Others swear for colour, they swear because it is part of their bloody language and they don’t even damn well realise they are swearing.

So the trick when writing a character is to understand (if they do curse) WHY they curse and keep them consistent. A refined character slipping into a gutter mouth for no reason is jarring but that same character showing some emotion and putting some real vehemence into a good curse can add a surprising amount of depth.