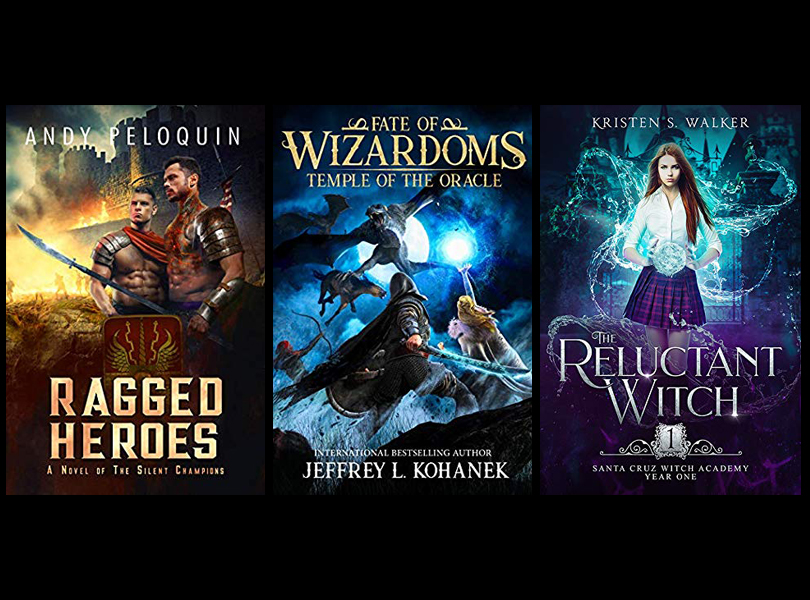 If you would like to be kept up to date with the upcoming lists, please subscribe to my newsletter by clicking this link. I don’t send out letters too often, pretty much once a month when this list goes out… and occasionally if I release a book or something.

9th January – The Road Ahead (Living Sword #2) by Pemry Janes 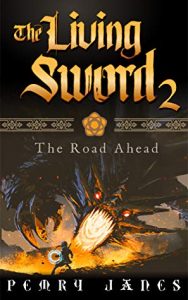 Eurik & Leraine have escaped the land of the necromancers, but still face a long journey. Eurik is looking for answers about who his parents were and how they ended up adrift at sea. Leraine must carry the news of her teacher’s death back home, yet also has a debt to Eurik for helping her to avenge Irelith.

Together, they’ll have to traverse the Neisham Hills, where lone travelers are snatched in the night and even numbers don’t guarantee safety. And beyond the hills, all along the long Inza Road, the drums of war beat louder and louder.

But the greatest threat may not be goblins, elves, or bandits. It may be the people they’ve chosen to travel with. 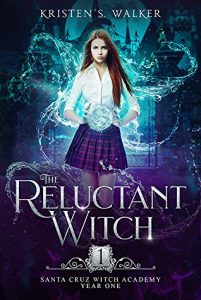 A girl who just wants to be invisible. A threat only she can stop. Will she leave the shadows to save her school?

Brie doesn’t want to be a witch. Her grandma is infamous for almost destroying her small town in Calaveras County, and her mom is famous for saving it. Growing up in the shadows of two powerful witches, she knows that everyone is going to judge her for her family’s reputation. How can a girl just have a normal life?

Maybe getting away from the small town gossip will help. Brie agreed to try out witch school for two years if she can go somewhere else. In Santa Cruz, the only person she knows is her best friend, Damian. She plans to fade into the background and just graduate so she can go to the art school of her dreams.

But then Brie notices suspicious activity by the Boardwalk. Mermaids are plotting to attack Santa Cruz Witch Academy, yet no one listens to her warnings. If she tries to be a hero, she can kiss her obscurity goodbye.

She must embrace her magical legacy—or watch her school wash out to sea. 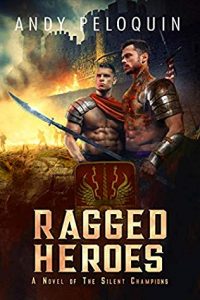 When death came calling, the outcasts became the champions.

The Deadheads. A ragtag band of disgraced soldiers, killers saved from the gallows, and recruits too inept to hold the shield wall. They are the dregs of the Legion of Heroes.

Duvain and Endyn are no exception. A giant with a terrible secret and his weak, incapable brother, they are barely competent enough to march in a straight line and hold formation.

But when a humdrum posting far from the battle line sets them directly in the path of an unstoppable barbarian horde, the Deadheads are all that stands between the enemy and total annihilation.

Can the good-for-nothing soldiers prove themselves capable enough to turn the tide of battle and save innocent civilians?

17th January – War of the God Queen by David Hambling 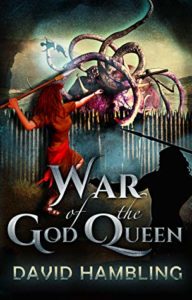 Thrown back through time…
Jessica has only her wits.
Will she find a way to survive long enough to get back home?
She was fresh out of architecture school and ready to take the world by storm. She wasn’t prepared for what came next. An alien encounter that sent her falling through a portal into another world
Jessica’s plight looks hopeless — she doesn’t understand the language, the bronze-age culture, or even how to defend herself. She’s not a Connecticut Yankee and this is definitely not King Arthur’s court.
The locals are unimpressed.
What’s her next move?
Her only goal is to get back home, but Jessica has landed in the middle of something sinister: in the ancient near east, circa 1000 B.C., a war rages.
Can she stop an alien invasion through time?
She’ll need help, but who can she count on?

17th January – Harpyness is Only Skin Deep by D.H. Willison 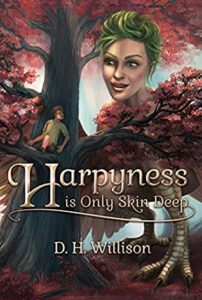 Harpies: Swift. Beautiful. Deadly. For humans, every trip outside the protective city walls is a gamble with their lives. Fleeing is futile. Fighting but a lost cause. Yet when inexperienced adventurer Darin takes the bold step of talking to the energetic and accident-prone harpy Rinloh, a tenuous friendship is born.

Humans consider consorting with a harpy a capital offense. Harpies consider the human citizens a tasty part of a balanced diet. Yet the two must overcome a most monstrous conspiracy as the citizens of the city begin disappearing, and the list of suspected causes could fill an encyclopedia.

On a world where death lurks around every corner, can empathy be the strongest survival tool of all? 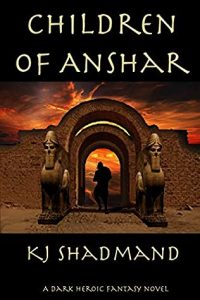 Children of Anshar is a dark and epic fantasy novel following the perilous adventures of prince Sargon and his childhood friend Issur the charioteer; high-born nobles who become refugees after the great city of Dur Pilesar is overthrown and its royal family massacred. As the two friends struggle for survival and vengeance, they discover the strange and enigmatic race of Lamissaurs, man-bull hybrids who once served the kings of old; and the Semiramians, a civilisation of warrior-women without equal in war. With such allies and their own extraordinary powers, the two friends discover that there are very few enemies who can stand against them. Except of course, the greatest enemy of all: themselves. 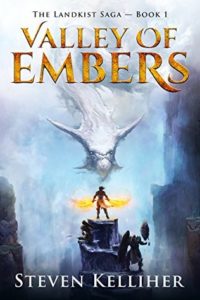 For hundreds of years, the flame-wielding Embers have been the last line of defense against the nightmare creatures from the World Apart, but the attacks are getting worse. Kole Reyna guards Last Lake from the terrors of the night, but he fears for his people’s future.

When Kole is wounded by a demon unlike any they have seen before, the Emberfolk believe it is a sign of an ancient enemy returned, a powerful Sage known as the Eastern Dark.

Kole has never trusted in prophecy, but with his people hanging on the precipice, he reluctantly agrees to lead the Valley’s greatest warriors in a last desperate bid for survival. Together, they will risk everything in search of a former ally long-thought dead, and whether Kole trusts him or not, he may be the only one capable of saving them.

28th January – Temple of the Oracle (Fate of Wizardoms #3) by Jeffrey L. Kohanek 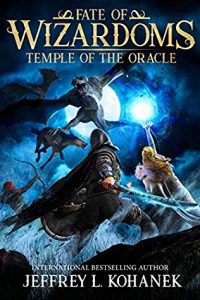 Thrones lie vacant while a power-hungry wizard lord seeks world domination. Armed with unequaled power, who can stop his mad lust for conquest?

Monsters from legend arise and stalk the land. Who or what is behind their return?

The Seers of Kelmar, a reclusive sect of prophets, claim the future has become obscured from their visions. What foreboding future awaits the Eight Wizardoms?

A band of reluctant heroes embark on a quest to stop the chaos sweeping over the Eight Wizardoms. Can they prevent the end of their world?