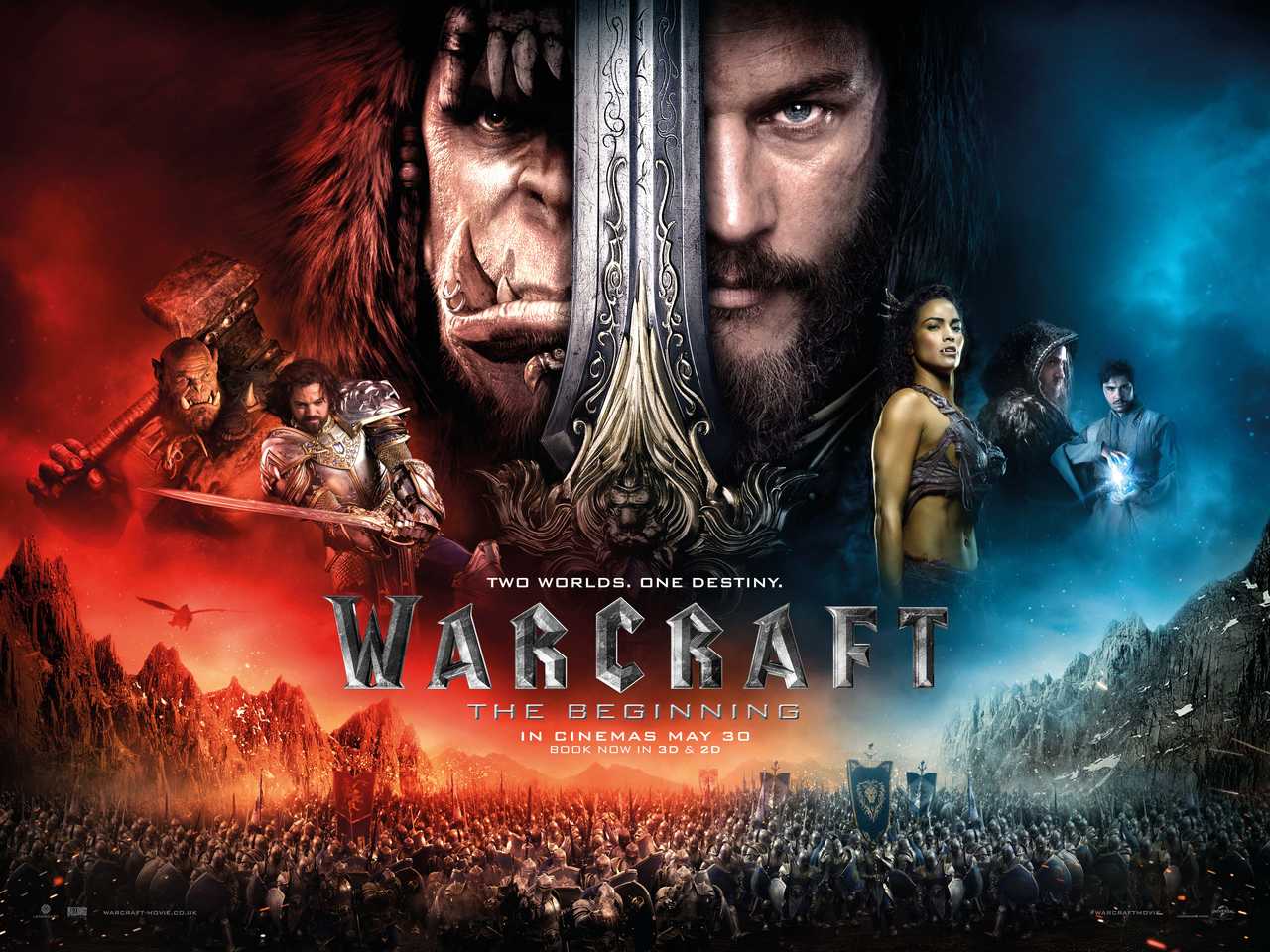 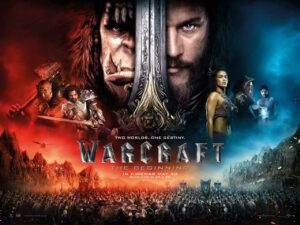 Even the poster is reminiscent of an old school fantasy flick.

Let me start by saying this: I went to see this film with my girlfriend. I am an ex-hardcore World of Warcraft(WoW) raider. She knows nothing of the world/game other than my occasional fond reminiscing… which she pretty much just nods along to and fazes me out.

We both really enjoyed it.

The visual effects were good, the battles were fun and not in the slightest bit realistic (we’ll get to that), the story was… a little confusing in places, it had a ton of little easter eggs for us WoW players, and Travis Fimmel was Ragnar Lothbrok and that’s OK because we love him for it.

I’m not about to say this film is the next epic of our times. I’m not about to tell Lord of the Rings to move over for the new king. What I will say is that the film was fun. It was good, clean fantasy fun the likes of which I used to watch as a child when Willow came on. This isn’t the sort of film you expect to turn into a long-running franchise (although part of me would love it to), it’s a stand alone fantasy yarn with epic battles, fantastic creatures, and some very shoddy accents. 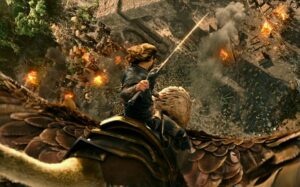 Say what you want, but riding a flying eagle-lion down into a horde is both epic and badass.

I want to talk about the battles for a bit. They’re not realistic. Not in the slightest. But that’s good. It’s how it should be in Warcraft. Let’s compare it to WoW for a moment. WoW isn’t about legions squaring off against legions, it’s about heroes. It’s about warriors and mages and priests and dirty dirty rogues all decked out in epic armour. It’s about 1 hero worth a hundred soldiers. We don’t want the realistic push/pull of a shield wall punctuated by the odd Willhelm scream. We want loose pockets of generic troops battering the shit out of each other while the hero and villain of the piece make loving eye contact over the throng and push through the hordes to face each other in glorious combat. And that’s what we get. We get over-the-top fun battles. We also get a hippogriff going to town on a bunch of orcs and that’s awesome! Oh, and the frost wolf carrying a soldier off between its jaws into the woods! I loved that bit.

The story was complicated. Honestly, I think it tried to do too much with a relatively short amount of time. This isn’t entirely the WoW history you buffs out there might know. The players are the same but their roles have been tweaked here and there. It makes sense when you think about it. The lore of WoW is so tightly interwoven with itself that it would be near impossible to tell it that way without completely confusing the issue. This is a simplified version of what some among us might know. The problem is it tries to fit in too much.

Durotan is pensive. Garona is strong. Llane is heroic. Ragnar is having a bit of a sad.

There’s a love story included that just feels rushed and pointless. There’s a shit ton of time spent setting up Thrall just in case there’s a sequel set 30 odd years down the timeline. There’s a bit with Glenn Close that… kinda feels like it was included just to show us all Dalaran and to get one of the main characters away from the action for a bit. It’s too much time spent on pointless little bits and not enough time spent on the Dwarves of Ironforge, the Night Elves of… I forget what their city is called because no one ever went there. We all just hung around outside Ironforge in my day and duelled each other. Good times!

It really is my biggest gripe at the film. It spent a lot of time on pointless aspects and didn’t give us a lot of what we all probably wanted to see. There was next to no time spent on the Dwarves. The Elves had even less of a part. The Gnomes were no where to be seen along with the Taurens and the Trolls. And where the hell was Uther? I would have loved to have seen the old palladin knocking some heads or at the very least looking cool in his Valour armour.

But this is digressing a bit because it’s a gripe from the point of view of an ex-WoW player who wanted to see everything brought to life on the big screen rather than just a snippet of the world and its rich history.

That being said there were enough easter eggs to keep me smiling throughout. From the shot of a Murloc hiding underneath a bridge and giving the old “Murarawawalwawlalwagh” to beautifully rendered shots of Goldshire and Stormwind. There was enough to make me nostalgic for the old days and the film really played on that fact.

So there we go. I liked the film. A lot. I would happily recommend it to people who want a bit of a high-fantasy jaunt, and even more so to anyone who has played WoW.

Ragnar does not need shoes to slay orcs.

One other thing I’d like to mention. The existence of this film got me wondering a little. They chose the period of time where Orcs first came to Azeroth. The first war. It’s an important event in the history of the world and I can see why they chose it. But! I do wonder if they might have been better served choosing something like Arthas’ story as he succumbs to darkness and eventually becomes the lich king. That might have been more exciting and may possibly have been done without quite so much exposition.

Then I started thinking a bit more and thought: Why do they need to set it at a point in the world’s history? Instead of telling that story, couldn’t they tell the story of Molten Core? An entire film about an intrepid raid of adventurers overcoming Ragnaros the Firelord and all his minions.

The world is so rich and so large that there is a shit ton of possible stories they could tell within the universe. And personally, I hope that they tell some more of them.