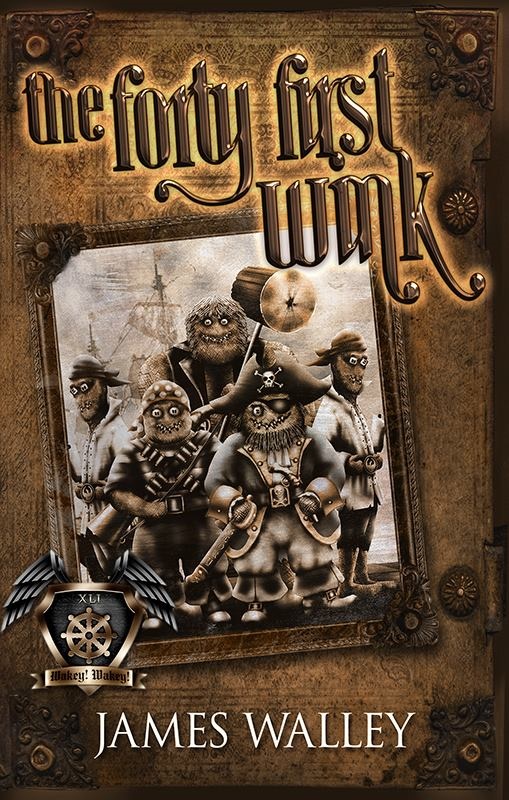 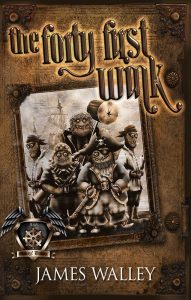 I’ll start by saying this isn’t my normal sort of book. I tend to stick to reading Fantasy with a healthy smattering of sci-fi. The Forty First Wink exists in a genre all of its own and if I had to name it I’d probably call that genre Pratchett.
The Forty First Wink follows our protagonist, Marty, as he struggles to wake up. Sounds a bit odd, but that’s pretty much the long and short of it. Marty wakes up in his own dream and has to try and find a way out of it. Along for the ride he has a crew of tiny toy pirates, a flying pirate ship, his literal dream girl, and a geriatric not-so-super hero. He soon realises that not everyone in his dream wants him to wake up and chief among those arrayed against him is his own worst fear, clowns.
The story is a lot of fun, though definitely requires a fair amount of leaving your brain outside. I caught myself questioning logic a couple of a times before realising that it was a dream and therefore not entirely supposed to make sense. The pace is roaring, actually it rarely slows down. It’s set over the course of a single day… inside dream space, and steadily adds new characters, new areas, and new set pieces.
Marty himself is about as normal as a protagonist can be really. I’m pretty sure he was designed to be the modern every-man and we get to see him grow as the story progresses. In many ways it’s about him finding his courage, kind of like a modern Wizard of Oz… actually very much like a modern Wizard of Oz now I think about it. So Dorothy is likeable enough, despite being quite dense at times, and propels the story along nicely in his attempt to wake up.
The stand out character is without a doubt Timbers, the tiny toy pirate captain. Timbers is just pure fun, witty one liners, and a zest for life. He’s pretty much Buzz Lightyear… but a pirate… and self-aware.
There are some genius lines in The Forty First Wink. Lines that you might expect from Terry Pratchett or Douglas Adams. They actually made me laugh aloud at times and it’s quite rare a book manages that.
I have a couple of gripes with the book. Adverbs. The book houses a few too many of them and once I noticed that it became hard to stop noticing it. They’re everywhere at times and often completely superfluous… (sorry, had to do it). Most folk probably wouldn’t notice, but I did and it kept pulling me out of the narrative.
The other issue is that often I found things over explained or described, leaving little to the imagination which actually hurt my ability to imagine it. I think the author needs to trust in his readers’ imagination a bit more.
In the end I give The Forty First Wink 3 stars. The biggest problem I found was that I’m just not really too big a fan of comedy in my books. I found the same when reading Pratchett; I like humour while reading, not comedy.