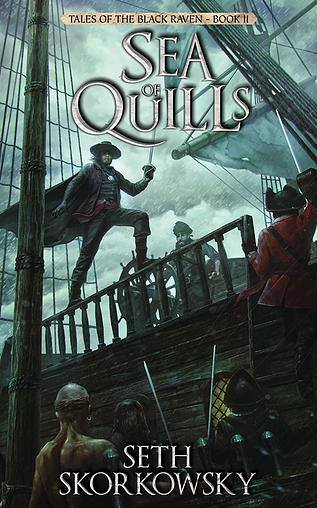 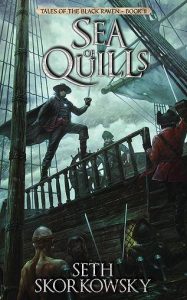 In the same vein as the first in the series, Mountain of Daggers, this book is a collection of short tales all revolving around the central character of Ahren, the Black Raven, a master thief and assassin working for a criminal organisation that spans the world. Seth builds on the world he created in the first book, with more details, new details, a host of crazy fantastical creatures, and more heists.

The meticulous planning that has obviously gone into writing the heists is again the high point of this book. Nothing goes to waste and it’s always fun to see how the Black Raven is going to pull them off.

We get a bunch of new characters and a few returning from the first book. The highlight there for me was the returning Polnoch, Ahren’s nemesis of sorts and also his eternal love interest. The interplay between the two is a lot of fun to read.

Ahren felt a little more fleshed out in this collection, but still his character seemed flat a lot of the time. There simply doesn’t seem to be much going on inside Ahren’s head. He has a job, he does it. Complications arise, he overcomes them. He sleeps with a woman and then watches her die five minutes later, he doesn’t feel anything one way or the other about it. I’d have liked to see some more emotion from our main character.

Mountain of Daggers had a core story running through it. The book was about the Black Raven’s ‘birth’, but three of the stories were devoted to a single villain, including the last story which ended on a cliffhanger. There was no core story running through Sea of Quills and the cliffhanger from the first volume was never eluded to. In that I was slightly disappointed. While I do like each story being self-contained, I’d like there to be a reason for following along with Ahren. I’d like to know the stories are headed somewhere.

Overall I really enjoyed Sea of Quills and happily give it a solid 3.75 stars, but I always round up so the Black Raven’s second outing earns 4 glorious stars. I’m almost certain there will be another volume on its way and I eagerly look forward to it.

Amazon US link to Sea of Quills