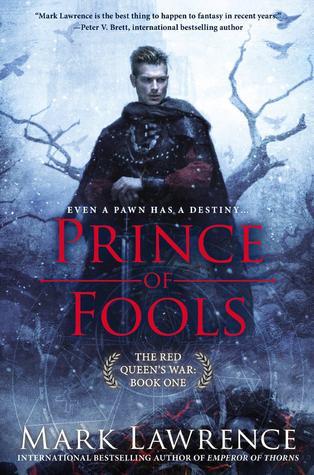 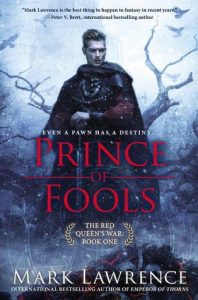 I must admit I keep struggling to sort the review for this one in my head because I keep comparing it to Broken Empire and I really shouldn’t. Bad Rob.

So Prince of Fools is set in the world Mark (Lawrence) created with his Broken Empire trilogy. In fact it’s not just set in that world, but actually during the events of Prince of Thorns. It’s kinda like witnessing another front of the war against the Dead King. It’s still told in a first person PoV but instead of little Jorgy we get Prince Jalan Kendeth (Jal for short – even though he hates it). Jalan is a self-proclaimed coward, letch, and bit of a sot. He’s about as far from a hero as it gets… at least in his own head. His story starts when he runs into Snorri ver Snaggason, a Viking from the cold North, and they accidentally find themselves not only linked together by magic, but driven towards a confrontation with the Dead King’s forces and a enemy from Snorri’s past.

I’ll start with the positive. It’s extremely well told and exciting from beginning to end. Mark has a wonderful turn of phrase and an interesting way of looking at things. The way his characters look at some of the things in the world, trains for example, is quite marvelous and hilarious at the same time. Chances are if you’re looking at reading this one you’ve already read Broken Empire and in some ways you can expect more of the same… only not. Mark’s style is there but the story being told is very different and that’s a good thing.

Unfortunately, for me at least, Jalan took quite a bit of breaking in. Early on he admits to being a coward very regularly and I found myself thinking (I get it, move on) more than once. He’s charismatic enough and definitely the roguish sort, but he lacks drive. This isn’t necessarily a bad thing, it’s kind of Jal’s whole thing really, but I struggled to connect with him because of his almost entire lack of agency. Slap me on the wrist for a second because if you do compare it to Broken Empire Jorg IS agency. He drives the plot entirely. The plot kinda happens to Jalan and drags him along in its wake.

Snorri is our other real protagonist and the second part of the buddy cop series on play. He’s pretty much the polar opposite to Jal (which is kinda the point) and that makes the interactions between the two a real blast to experience.

I’m really struggling to write this review. I liked the book. I thought it was fun and dark (just how I like it) with an interesting take on some things and a new perspective on the hero trope. I liked how we got a better look at some of the places mentioned in the Broken Empire trilogy yet not explored. I liked how Mark created tension within the scopes of the characters… BUT… It’s strange because I already knew the outcome. Prince of Fools runs at the same time as Prince of Thorns and…

I can’t really go any further without some spoilers for Broken Empire so I’m gonna give my conclusion-y bit here. I liked Prince of Fools and I’m looking forward to starting Liar’s Key… but I didn’t love it. I was told by quite a few people that this series is better than Broken Empire but so far I’m not seeing it. I give Prince of Fools a 4 out of 5. That being said, Mark has a way of tying a series together that makes it easier to review as a whole so we’ll see how it goes once I’ve read them all. 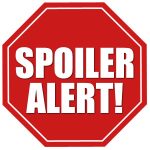 So if you’ve read this far you probably realise I’m rambling a little. As I say, struggled with this review, so sorry for that. I guess I kinda went into this book expecting to be gripped like I was by Jorg in Prince of Thorns, but I wasn’t. That probably says more for my expectations than it does the series. Anyway, it’s a good book and well worth a read, especially if you liked Broken Empire. Onto Liar’s Key!