Is This Funny Or Is It Alcoholism?

Haha! Tyrion Lannister said something witty and we all laughed… but, uh, it’s not really funny. Is it? It’s alcoholism. And that’s not funny. I… I don’t know if I should be laughing or… I feel bad now. 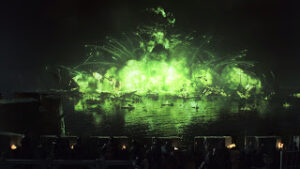 In fact, it’s pretty obvious at this point that Tyrion can only really function day to day with a bellyful. This is beyond a litte characterisation. This is drinking problem.

I’ve gotta ask myself at this point. This quote we all laughed at. Was it not a cry for help?

I mean, shit! The guy says this, then gets a bit more drunk, then wonders down into a dark pit to bro out with some fire-breathing dragons. It’s quite clear he at least half expects them to roast him alive and nibble on his charred remains. So, uh, is this funny? Or is this a character so far gone into his alcoholism that he’s actively seeking out dangerous activities to end his own existence.

I don’t actually remember the last time we saw Tyrion without a drink in his hand. Hells, the last time we saw him, he was actually trying to get people (folk who don’t drink) to start drinking with him. He was actually looking for enablers. It was a painful scene. It was awkward and yet seemed a little less so because it was done with Tyrion’s trademark wit and Dinklage’s trademark charisma. But still… it was painful to watch and not because (like most of GoT) it was cringe-worthy, but because it was so real.

To me, this is the most interesting thing happening in GoT at the moment, far more than Dany’s Cher impression. 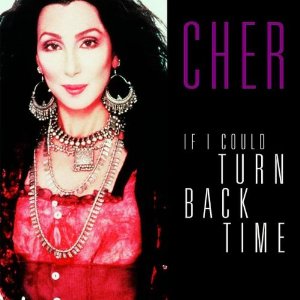 Dany, rolling it back to season 1.

Far more than Ramsay’s… whatever the fuck he’s actually doing. I mean, we get it, dood, you’re evil. Cool. I’m bored of you now ‘cos, ya know, that’s your whole thing. Seriously. Even Dr Evil had depth and his name was evil… and he was in a spoof.

Far more than Jon’s Jesus impression… Oh yeah, spoiler. Jon Snow isn’t dead. Shame on you if you didn’t know that. It’s not even a spoiler it’s just… he was… It was so damned obvious.

Far more than Bran’s Cher impression. Yeah, I’m not gonna put that picture up again. But, hey, way to ruin the Sword of the Morning, GoT! Not the point. I know.

Back to the point. It would be really interesting to me if they added some real world issues into a show that just tries to shock us with more and more outrageous shit that doesn’t even seem outrageous anymore because we all expect it!

I just feel that it would be far more interesting at this point to explore Tyrion’s descent into alcoholism rather than, you know, whatever the fuck is happening in this scene. 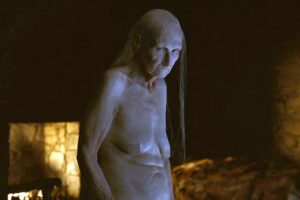