This will be the last confession of 2017. I’ll wait while you all breathe a collective sigh of disappointment. But don’t worry! The authory confessions will be back in the new year, with plenty more sinners begging forgiveness. Today we have Jo Zebedee, author of Waters and the Wild, here to bare her rotten soul.

Jo is the author of five books: a Space Opera trilogy, based on the fictional world of Abendau; an alien invasion novel, Inish Carraig, set in Belfast and Waters and the Wild, a psychological thriller with added fae, also based in her native Northern Ireland. She does lots of other things, too, like running a business, being a mum, and is interesting in the concept of human cloning for frazzled people.

More about her can be found on www.jozebedee.com and she can be followed on twitter under @jozebwrites. 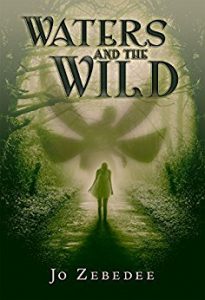 Amy was five when she vanished during a family trip, only to be found hours later, clutching a golden acorn and claiming to have visited fairies. Now she’s eighteen, and the fairies are calling her back.

While attending a wedding deep in the Antrim glens, the voices grow darker and their song takes hold. Not sure if she’s mad or if the fairies are real, she flees, drawing well-meaning Simon into her fairy-fuelled road trip.

To escape their hold, she must confront long-hidden secrets, and find a truth which may not be hers to unearth.

But, even then, the fairies may not let her go…