Gather round sinners. Another heathen has stepped into the confession booth to seek forgiveness. Today, Andy Peloquin, author of Traitor’s Fate: A Queen of Thieves, bares his soul. His book releases tomorrow and is no doubt filled to the brim with his sinful words.

I, of course, am absolutely perfect, and thus have no embarrassing confessions to make. This blog post has been a waste of your time. Have a lovely day.

(Rob: No sinner can hide from our judgement. CONFESS!)

The bear was bulgy,

the bulge was Algae“

(Rob: I’m fairly certain that last one is not a sin.)

I am, first and foremost, a storyteller and an artist–words are my palette. Fantasy is my genre of choice, and I love to explore the darker side of human nature through the filter of fantasy heroes, villains, and everything in between. I’m also a freelance writer, a book lover, and a guy who just loves to meet new people and spend hours talking about my fascination for the worlds I encounter in the pages of fantasy novels.

Fantasy provides us with an escape, a way to forget about our mundane problems and step into worlds where anything is possible. It transcends age, gender, religion, race, or lifestyle–it is our way of believing what cannot be, delving into the unknowable, and discovering hidden truths about ourselves and our world in a brand new way. Fiction at its very best! 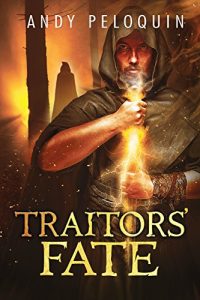 Ilanna, Master of the Night Guild, has waged a war for eight years to cleanse her city of the rival criminal organization that nearly destroyed it. When she uncovers a ring of slavers trafficking young girls for sexual servitude around the continent, she is forced to venture into the city of Voramis, the seat of her enemy’s power, to hunt down the true culprit and put an end to the enslavement of innocents.

But her enemies will not be so easily eliminated. She must turn to the one man certain to get the job done: the Hunter, legendary assassin of Voramis.

The Hunter willingly accepts a fortune in gold to kill one of the richest men in his city. A mansion fortress and a private army should prove no match for his inhuman abilities.

But as he stalks his target, he unmasks a bloodthirsty conspiracy in the guise of a holy mission. If he doesn’t stop the men responsible, the gruesome murders will continue and people—including those he has sworn to protect—will die.