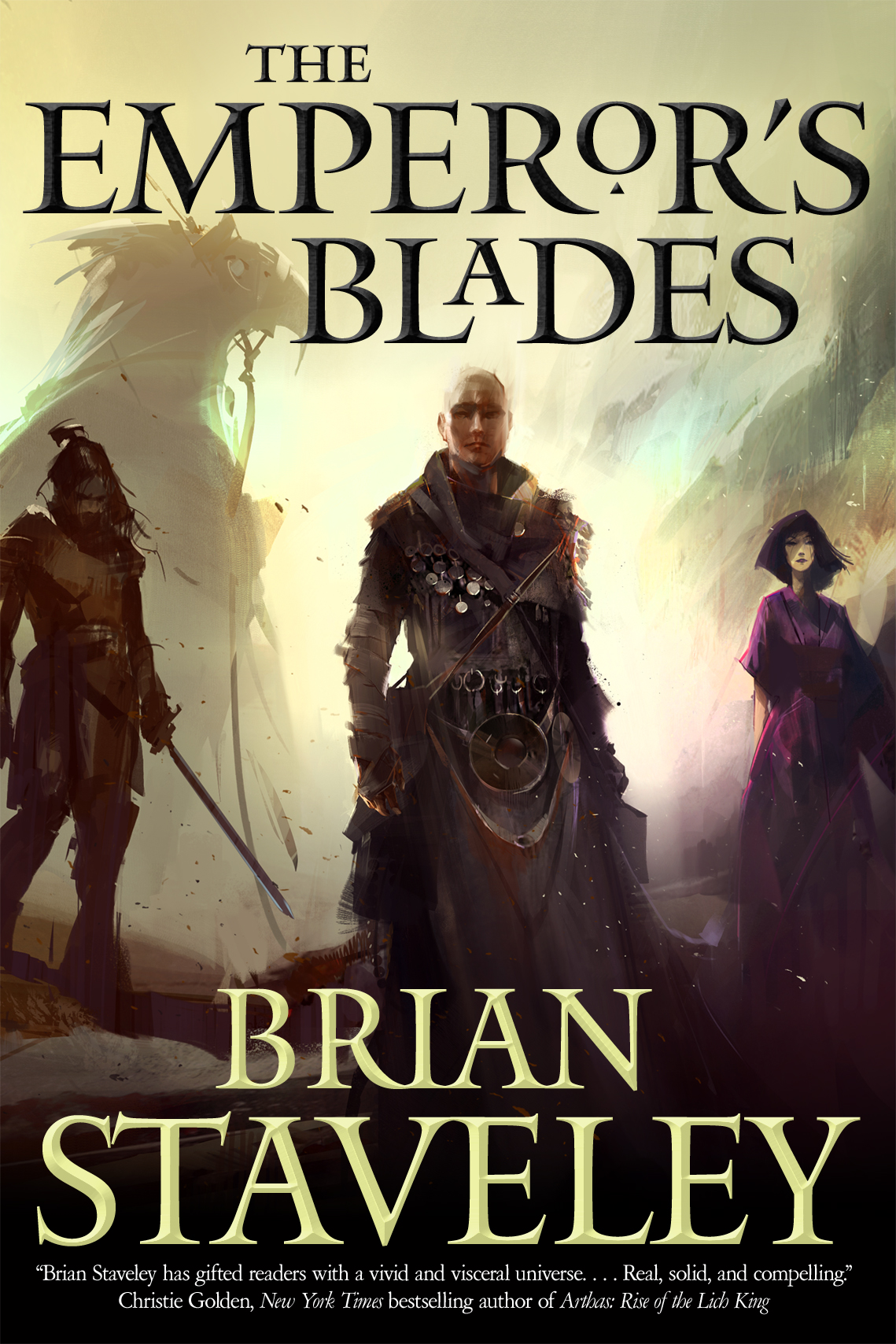 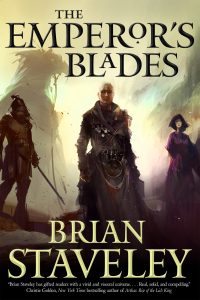 Gotta say it. I loved this one. An excellent epic fantasy opener to a series. I have just picked up the 2nd book, The Providence of Fire, and I can’t wait to get started.
First off I’d have to say I ‘read’ this via audiobook. The narrator, Simon Vance, did an excellent job. He has a good range of voices and none of them sounded like he was stretching too far. He made most of the main players sound different enough that it was immediately obvious who’s point of view we were in.
So the tale starts just after the death of the Emperor. It follows his 3 children. Kaden as he trains to be a monk, learning how to zen. Adare as she tries to uncover the truth behind her father’s murder. And Valyn as he struggles to complete his training to become… what is essentially an assassin-y soldiery… kind of thing.
Most of the story centers around Valyn and that’s a good thing because his is by far the most interesting. His portion has the most action and excitement. Kaden’s part of the tale is largely exposition, setting the scene for the larger conflict that is to come. Adare’s portion is… disjointed at best. It almost feels as though it didn’t really need to be there at all, but she’s being set up to have a much larger part to come.
There in lies my biggest criticism of the book as a whole. It feels very much like setting up a much grander story. The stakes for the finale were high, but the book did a good job of pointing out that they were soon going to be much higher.
Other criticism are the occasional bloating. At times it felt like chapters were bloated and could have been much shorter. It dragged the narrative down in places. I also feel that there were some large plot holes, but I’ll talk about them later because of spoilers.
What I loved most about the book was the world building. The characters, especially Valyn and his Kettral, were very detailed and individual. Some of the interactions with bit players were a joy, and Valyn’s side of the story was both riveting and gut-wrenching in places. Well-paced and well told.
The world building was fantastic. It’s clear that Staveley has a good idea of the world he’s created and how everyone and everything fits into it, both in the past and the present. He has an interesting depiction of magic, with defined boundaries and mysterious capabilities. He has created an interesting bestiary of creatures to populate the world. I don’t usually say this, but I’d have liked a map to see where everything is located in relation to everything else. There might be a map in the book version, but they don’t tend to come across too well in audio format.
Overall I give The Emperor’s Blades about a 4 out of 5. A thoroughly enjoyable start to a fantasy epic and I can’t wait to start the second book. 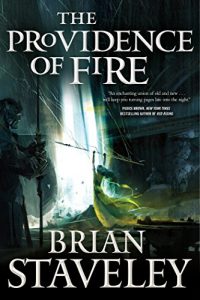 OK.
SPOILERS. If you haven’t read the book and intend to, stop looking. SPOILERS
I had 2 major problems with plot points and… I might be nitpicking. I probably am. But here goes.
The revelation at the end of Adare’s final chapter that the Ketterang (not sure of spelling because of audiobook) was the one who killed her father makes her entire storyline in this book pretty much moot. She has very little to do in the book anyway and in the end it feels like there was no point to her doing any of it anyway. It almost feels as though her point in Emperor’s Blades is to end up in the Ketterang’s bed. It turned her one and only victory into a defeat. It just seemed off.
My other problem (and I’m certain this is nitpicking) is that Valyn’s nemesis, Jarl (again not sure of spelling) should not have known that the big bad is a… Xestrine (seriously, spelling fantasy names after listening to audiobooks is impossible).
The guy is a self-entitled, arrogant, pompous fopp with no part to play in the grander scheme of things. He points out during his brief interrogation that nobody knows the entire plot… well I’m pretty sure Jarl wouldn’t know anything. He cracked under the barest hint of torture. There’s no way the big bad would allow Jarl to know that he’s some ancient creature everyone thinks has been dead for millenia.
If the bad guys plot to kill Kaden went ahead, there would be no need for Jarl or his wing to be there at all. So why did they fly there? IF they were part of the plot in order to kill Valyn… well they probably should have done a better job of it. Honestly, I keep rolling it around in my head and it just makes no sense that Jarl was part of the grander plot at all and even less sense that he’d know anything about the big bad.
Anyways. It’s nitpicking. But it’s a nit that is gnawing at me.