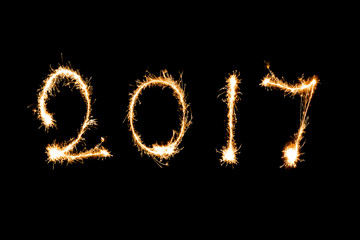 This is going to be my “What to expect from Rob J. Hayes in 2017” post. There’s a lot going on for me at the moment so first things first I’ll say why.

As some of you may already know, I have recently started proceedings to split from Ragnarok Publications and take back the rights to my First Earth books (that includes The Ties that Bind, The Bound Folio, and Best Laid Plans). I won’t go into the details of why in this post, but here’s a link to a previous blog that might explain a few things. Now unfortunately my books are still for sale at the moment, but I am asking people not to purchase them until I bring them back under my control… That being said my It Takes a Thief… series is still up and still all mine.

So the first thing to expect from me this year is… Another re-release of The Ties that Bind. I know, I know. This will mark the 3rd release of my debut trilogy in the past 4 years. I never meant for this to happen, but things went south and I don’t feel like taking my books down forever as the world needs to know about Jezzet and Thanquil and Thorn and all the others. Anyway, I’m hoping to get this re-release up and running in early May. You can expect new covers, and tighter prose in many places (I have recently been through and given the trilogy a good editing).

The second thing to expect from me this is… BEST LAID PLANS. Yes. The pirates are coming and they are definitely coming this year! I know I promised this last year but things have been out of my hands for a long time. Delays upon delays and some other shit I’m not pleased about. But that’s over now. With First Earth coming back under my complete control it’s all up to me. Now I don’t have an exact time frame, but I hoping to release the duology soon after the re-release of The Ties that Bind. It’s all a bit dependent on how quickly I can find an editor I’m happy with, but that is pretty much the final hurdle. Soon you will all be able to don your tri-corns, raise a flagon of rum, and shout YARR! with me. Where Loyalties Lie will be the first to release and with any luck will be out by my birthday… which also happens to be the release day of the new Pirates of the Caribbean film. Oh the glorious timing of it all.

The third thing to expect from me in 2017 is… a new genre. That’s right. Last year I wrote a little sci-fi noir thriller thing called DRONES. I’ve been keeping it all a bit secret and deliberating over what to do with it for a while now. Recently I decided it was time to stop! So I have decided to self-publish this one as well. Again I don’t have a time frame for it just yet, but I’m hoping for late summer at the latest. I’ll be releasing more information about this story soon so keep your eyes peeled and your ears open.

The fourth thing to expect from me is… another new First Earth book. That’s right, after years of collecting dust on certain shelves, I’m releasing a bunch of new books. This new story is called CITY OF KINGS and it’s a new Black Thorn story. Set about a year after the events of Price of Faith, City of Kings sees Betrim and Rose taking the fight to the blooded in an attempt to free the Wilds from their tyranny. Be warned though, if this book had a tag line it would probably read: War. No one gets out alive.

Last but not least I am currently working on an entirely new fantasy story in an entirely new fantasy world. I’m not giving too much away right now, but it’s told in the first person and has the working title ALONG THE RAZOR’S EDGE. This doesn’t mean I’ve finished in First Earth. I’m just taking a break for a while. There will be a new First Earth trilogy coming in the future.

That’s about it for me in 2017. It’s going to be a very busy year with lots of releases and probably a ton of blogs as well as I continue with my reviews, rants, and hopefully a few more guest blogs because, let’s be fair, other people have interesting things to say as well.