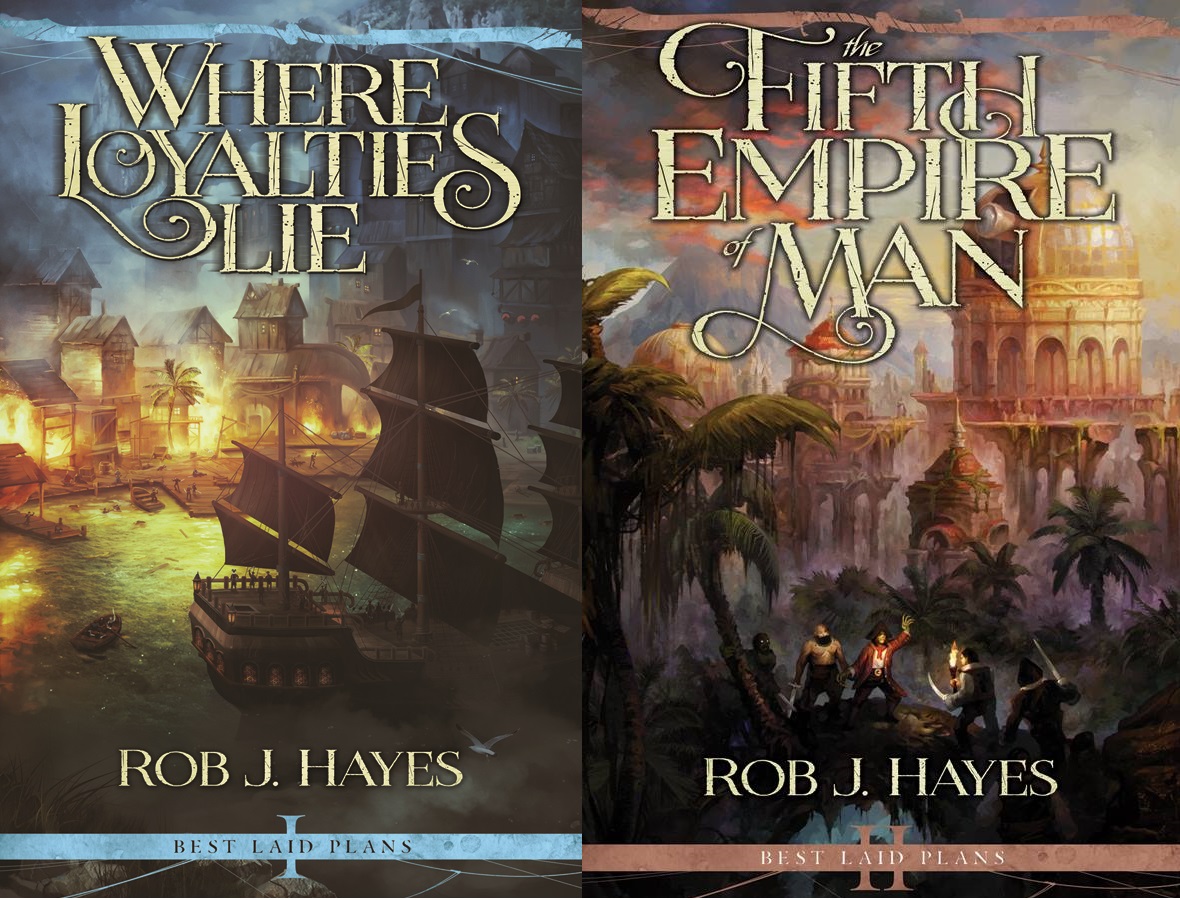 Back in early 2011 I sat down and wrote my first book. It was called A KNIGHT’S DUTY and it was to be part of THE RIGHT OF SUCCESSION trilogy, followed up by A PRINCE’S HONOUR, and A KING’S RIGHT. I had the entire trilogy planned out and by late 2011 I had the first book down. It was to be the first story set in FIRST EARTH, the same setting of THE TIES THAT BIND and BEST LAID PLANS. It told the story of Jackt Veritean competing against his brothers for the Five Kingdom’s crown. The problem was it just wasn’t good enough.

When I wrote A Knight’s Duty I hadn’t found my voice (as writerly types say), and I hadn’t quite got to grips with the world I was writing in. So in early 2012 I shelved the trilogy and went to work on a new book, one revolving around a trio of unlikely protagonists. That book became THE HERESY WITHIN and, though it was originally intended as a stand alone, as I neared the end it became clear it was going to be more. THE COLOUR OF VENGEANCE and THE PRICE OF FAITH quickly followed and The Ties that Bind was born. In this trilogy I found what the last was missing, a touch of humour to lighten the oppressively dark nature of First Earth.

I received a few rejections from agents as I sent The Heresy Within around. Though I probably didn’t receive as many as I should have. I was ultimately very new to the game and rejections hit me hard. My decision to self publish was a defiant one. I wanted the world to read more story and meet my characters and I’d be damned before I let those agents get in the way.

So I found an artist who could do me some covers for… well pretty damned cheap to be honest. The rest of the production was done In House so to speak. That is to say that the cover design was done by myself and my father on a 5 year old copy of Paint Shop Pro. The layout of the book was done with a similar treatment, and the marketing (upon eventual release) was pretty much just a social media spam by family members.

In mid 2013 I released The Ties that Bind to the world. It did pretty well. Actually it did very well considering it was fairly rough and unpolished. At this point it had never been seen by a professional editor, and that was the biggest criticism folk had of it. It felt unpolished. OK, there was that 1 reviewer who said I was likely a 13 year boy who had never seen a pair of tits in my life, but those types of review were few and far between. Mostly they were very positive. Not only that, but my little trilogy sold better than I had hoped… much better.

Soon I had folk emailing me about foreign rights and even 1 fairly well-known publisher interested, although they were going through a fairly rough time and that swayed my decision against them.

I soon decided it was time for a re-skin, to up the quality of the covers. I hired an exceptional artist and the new cover for The Heresy Within looked fantastic (it’s actually still my favourite of the covers). Originally I had hoped for the same artist to do covers for The Colour of Vengeance and The Price of Faith, but that unfortunately never happened.

After releasing my debut trilogy I decided to take a break from First Earth and I wrote THE NORTHERN SUNRISE, a alchemypunk heist caper with a much lighter tone. After my success with The Ties that Bind I decided to self publish this one as well. It didn’t do nearly so well and I have since been informed by a few agents that steampunk literature simply doesn’t sell very well… unless you have a much bigger name than my own. Eventually I renamed this book IT TAKES A THIEF TO CATCH A SUNRISE and gave it a new skin because, even though it’s never sold particularly well, I love it and I love the world and those fans it does have want a sequel… so they’re getting one. IT TAKES A THIEF TO START A FIRE is well on its way.

So back to The Ties that Bind. In mid 2014 Mihir Wanchoo of Fantasy Book Critic put me in touch with the young but fast rising Ragnarok Publications helmed by Joe Martin and Tim Marquitz. They seemed like a good fit and I decided to go ahead and give them the rights to The Ties that Bind. The old copies of my trilogy came down and in late 2014 The Heresy Within was re-released under Ragnarok with another new skin and touch more editing. The Colour of Vengeance and The Price of Faith quickly followed in 2015.

Now Ragnarok Publications have been through a bit of turmoil recently. They’d be the first to admit they grew too large, too quickly and didn’t have the experience necessary to properly deal with that. But, as one of their authors, I have never felt un-looked after and I actually feel I’ve been treated quite fairly. So with this in mind I mentioned to Joe Martin that I had a number of short stories set in First Earth. It’s fair to say he was excited. THE BOUND FOLIO was born, collecting these short stories into 1 anthology and it’s releasing soon.

So what did I do in 2014 and 2015? You may ask. I may have been busy with re-releases and attempting to keep up to date with blogs, and watching Star Wars films, but that doesn’t mean I’ve been slacking off. Well I’ve been writing.

First off we have Best Laid Plans. It’s a sequel to The Ties that Bind… of sorts. It’s actually another stand alone series of books set in First Earth. It follows on pretty directly from The Ties that Bind, but requires no knowledge of that first trilogy. They’re both part of a much larger story I’m telling within the world, but that’s a blog for another day.

I presented Best Laid Plans to Joe Martin and he jumped at the chance to publish them and I’m more than happy to stick with Ragnarok. The first book in that series WHERE LOYALTIES LIE is releasing this year and the second, THE FIFTH EMPIRE OF MAN, will surely follow soon after. Even better, with the new distribution deal Ragnarok have signed with IPG, my books will soon be available to book stores world wide… such as here in England!

That’s pretty much where I am right now and this has been a brief history of my own experience in publishing so far. There’s been a few bad days, but for the most part I’ve found it to be a positive experience. The best thing about it is this. I’m following my dream. I’m a published author and my dreams and insane ramblings have been read by people all over the world.

1 thought on “My Experience in Publishing So Far”