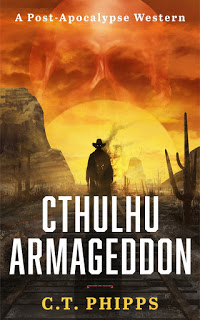 This is a first for my blog. I have C.T. Phipps (author of Cthulhu Armageddon and a bunch of other novels) over to talk about murder.

To Kill your Darlings
By. C.T. Phipps
You need to kill your characters. This is something which I discovered while writing Cthulhu Armageddon and has come with me ever since. I’ve killed beloved characters, I’ve killed hated characters, and I’ve killed characters who might have been important later but got cut off in their prime. I am not George R.R. Martin and probably should have killed more characters but I’m very proud of the ones I have killed.
Why?
For me, I think it’s because killing characters is important to avoid cheating. David Weber, author of the Honor Harrington series, said “If my stories didn’t have the good guys suffer any losses, they wouldn’t be military science fiction, they’d be military porn.” If there’s no risk to the heroes or their loved ones then there’s no stakes. It becomes like Super Mario Brothers where our hero has the star and is just slamming through all of Bowser’s minions like they’re so much confetti he’s running through.
Obviously, not every story needs violent death but many genres do. One of the iconic moments of Star Wars is when Obi-Wan Kenobi is cut down by Darth Vader. A Song of Ice and Fire became a series which distinguished itself from all the other fantasy novels out there when they *Spoiler Alert* chopped off the head of Ned Stark *Spoiler Alert*.
But when should you kill characters?
Which characters should you kill?
What should be the repercussions?
It’s very easy to fall into a trap of killing characters only when it’s heroic and meaningful. Obi-Wan Kenobi dies so Darth Vader can be distracted long enough for Luke and company to escape. Gandalf fights the Balrog for much the same reason. While death is sad, you can certainly say the characters did not give their lives wastefully. I’d argue that even as these moments can have power, it’s often better to subvert this trope.
Death is often meaningless and can happen in the blink of an eye. Part of what makes The Walking Dead comic (and to a lesser extent the show) is characters routinely die due to the hazards of their surroundings. One minute a character is standing there, fine and dandy, the next they’re zombie chow. The suddenness of the violence as well as its finality is something which is authentic to the real world. It can also leave a lasting impression every bit, if not more so, than someone giving their life to save the day.
Which characters to kill is another matter as every cast could use a little pruning but books tend to focus on certain types. The Old Mentor figure and the Love Interest tend to have a disproportionate number of fatalities among them. Indeed, people have come to expect these are the most likely to die in these kinds of stories. After all, the hero eventually outgrows the need for a mentor while love interests tend to be disposable since heroes can always find another. The latter isn’t automatically a sexist attitude but tends to predominately favor women to the point it’s become the personal bugbear of many readers.
On my end, I think a very good idea is to kill the Hero. It’s not a trick which can work multiple times but it occurs to me how interesting of a story it would have been if Luke had died and it would have fallen to Leia to pick up the mantle.
That may be a bit too much for the kind of story Star Wars was telling but Harrison Ford, certainly, thought Han Solo dying would have made the story more powerful. Certainly, it’s important that when a major character dies that you’re going to feel the loss. Famously, Joan Rowling was annoyed when she killed Cedric Diggory and felt guilty only for her daughter to blow it off. Which may explain why she ended up killing half her supporting cast in a grand guginol of epic proportions.
Which was awesome, by the way.
Repercussions are the last thing I think you should keep in mind. The Fellowship didn’t stop thinking about Boromir after he’s gutted by arrows. His death cast a pall on Faramir and Denethor for the rest of the trilogy. Too often, writers put the casualties of their books out of their mind once they’re written out when they should continue affecting surviving characters long after the events which resulted in their associates’ loss.

When writing Cthulhu Armageddon, I had characters I really came to enjoy and cherish as part of the narrative. I ended up killing them, though, because the stakes of the setting demanded that I do so. I could have done a lot more with those characters and some even had stories which would never be told as a result, but it made the post-apocalypse world feel more authentic. This was a world I’d said life was cheap in and by killing the characters I did, I proved it. 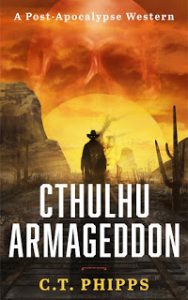 I suggest authors of darker fantasy and science fiction keep this in mind.
C.T Phipps is a lifelong student of horror, science fiction, and fantasy. An avid tabletop gamer, he discovered this passion led him to write and turned him into a lifelong geek. He is a regular blogger on “The United Federation of Charles” (http://unitedfederationofcharles.blogspot.com/).
He’s the author of The Supervillainy Saga, Cthulhu Armageddon, Straight Outta Fangton, and Esoterrorism. 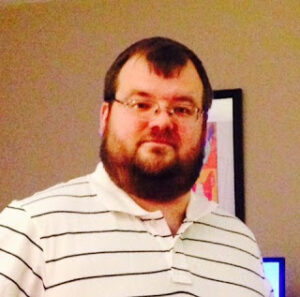