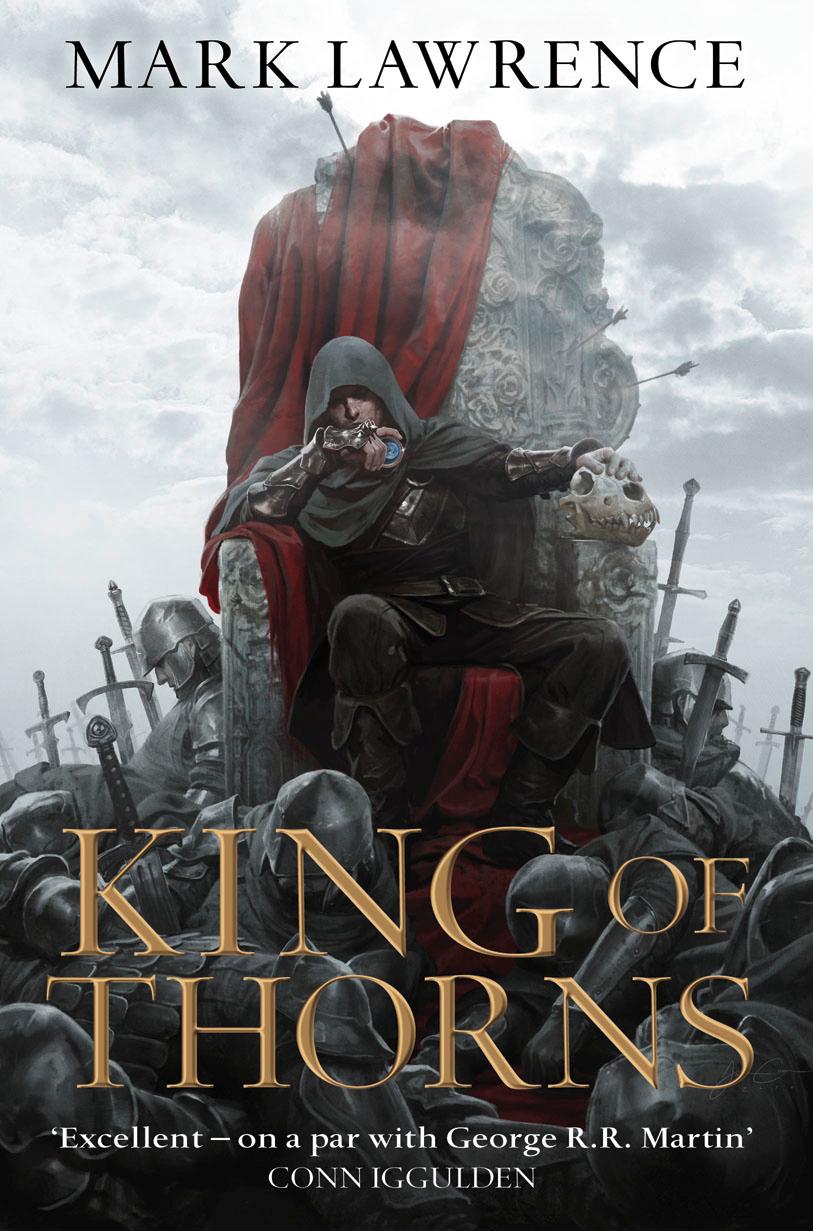 Well that was a hell of a ride. 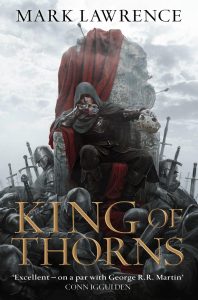 I read the second half of this book over the course of 2 days… which is quite rare for me given how slowly I read. That should tell you something about how much I enjoyed it.

So King of Thorns follows on fairly directly from Prince… and also not. Jorg feels a bit more human this time around, slightly fewer sharp edges and not quite as much of an arsehole… though he is still very much an arsehole.

The story is told across 3 different timelines. There’s Jorg’s wedding day (present), there’s 4 years previously, and there’s 4 years previously (the time that Jorg forgot). The story chops and changes from one to the other quite masterfully to both build tension, and introduce new plot devices. In many hands this method wouldn’t work, but in Lawrence’s it certainly does. It feels natural and it feels very well-planned and plotted.

Jorg gets some new powers and tricks. Makes some new friends. Loses some old friends. And faces off against some old and new enemies.

I’m gonna start with what I didn’t like this time because… well there really isn’t anything. It was a bit slow-paced near the start. Lawrence gave us time to acclimatize to the new Jorg and his new station, and also to the style in which the book is written. He introduces the new major players for this book. Then the pace kicks in and it pretty much doesn’t stop all the way to the end.

We learn a smidgen more about the world and how it came to be in this book. I won’t ruin it for any who don’t yet know and I’m fairly certain I still don’t know the full story. Suffice to say it’s very interesting, it makes a certain kind of sense, and it leaves you wanting to know the full story… but doesn’t tell you.

On to what I loved about the book and there’s 1 thing I want to talk about and it’s this. I loved how Lawrence subverted the hero of prophecy trope.

One of the new players we have is the Prince of Arrow. Here we have this all round decent human being, a man who most agree is destined to sit his arse upon the throne and unite the Broken Empire. He is light and good and stands for all things peaceful and shiny.

Then we have Jorg. He’s a bit more human in this one, but he’s still a foul-mouthed, fouler-minded thug with rivers of blood on his hands. He’s still after the throne because a) he thinks he’s entitled to it, and b) someone once told him he couldn’t have it and it’s in his nature to rebel. He is darkness and death and fire and blood.

By way of perspective, Jorg is the hero of this tale and the Prince of Arrow is the villain. This is why Kings of Thorns is so damned good.

I give King of Thorns a 4.5 our of 5, but as always I round up. Can’t wait to start Emperor of Thorns and see how Lawrence is going to wrap up the trilogy.