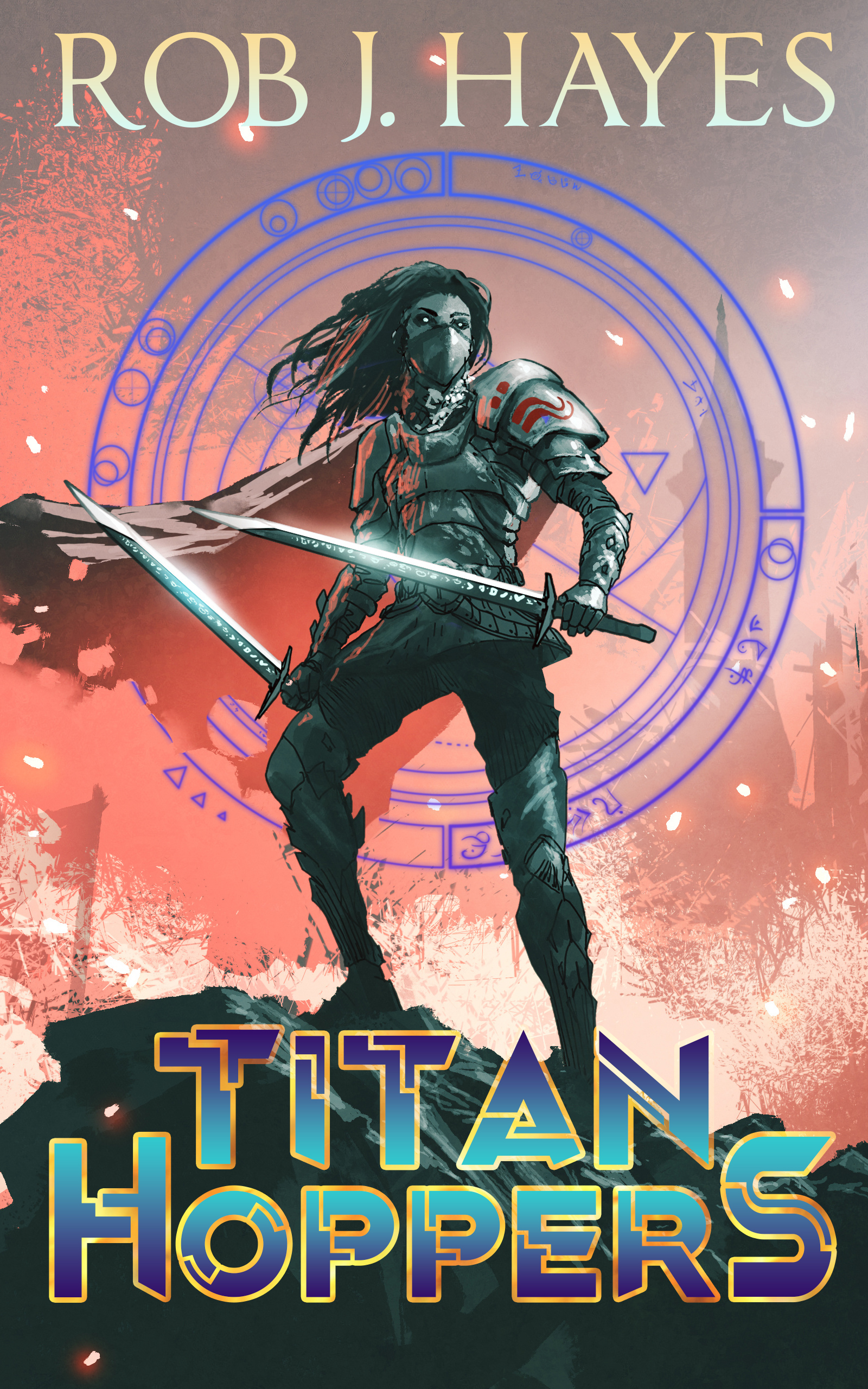 Short blurb: A progression sci-fantasy where humanity is struggling to survive aboard a fleet of crumbling spaceships, scavenging from mighty space titans.

Synopsis: Courage Iro will shatter the Gates of Power to protect his fleet.

Born talentless, Iro has all but resigned himself to a life of drudgery, watching his sister hop across to the massive space titan for supplies. But when the titan explodes and his sister is killed, Iro finds a new determination to take her place. He’s not about to let weakness prevent him.

When the fleet encounters a new titan, filled with powerful monsters, deadly traps, and mysterious cloaked figures, Iro is the first to spontaneously manifest a new talent. Now sent to a different ship, to train with others far beyond his strength, Iro will have to train twice as hard just to catch up.

To protect his fleet, and to uncover the mysteries of the titans, Iro won’t just open the Gates of Power. He’ll break them.

A progression sci-fantasy perfect for fans of Cradle and Iron Prince.