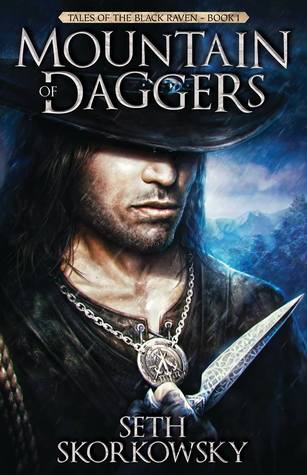 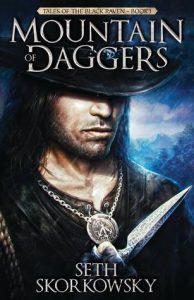 So I raced through this one which should give you all a good idea of how much I enjoyed it. Seth writes a good pulp-fantasy yarn and adds in a fair amount of detail. The heists were a joy to read and if you like Scott Lynch’s Gentlemen Bastards, you’ll love the Black Raven’s exploits in Mountain of Daggers.
The book plays out like a series of short stories set along a time-line. We see Ahren at the birth of the Black Raven (his alias), and also during some of the major events/heists of his life leading up to the end (this isn’t really the end as there is more to come). Each story, and chapter, is self-contained. This makes it hard to put down mid-chapter, but there are few hooks that make you HAVE to read the next chapter right away.
The world is very well-realised and Seth has obviously put a lot of effort into giving the major cities and land marks their own flavour. Unfortunately, as the stories move along at a fairly break-neck pace, we don’t get to spend as much time in some of the cities as I’d have liked as the Black Raven is always flying off to a new part of the world.
My only real criticism is of Ahren himself. The Black Raven often comes across as a flat character being propelled through the stories while his supporting cast often seem to have a lot more personality.
With the next book in the series, Sea of Quills, coming out very soon (Sept 28th) I’m glad I picked this one up as I can’t wait to continue the adventure. 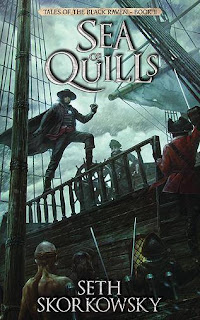 Mountain of Daggers gets a solid 4 stars and earns each and every one of them.

Amazon US link to Mountain of Daggers