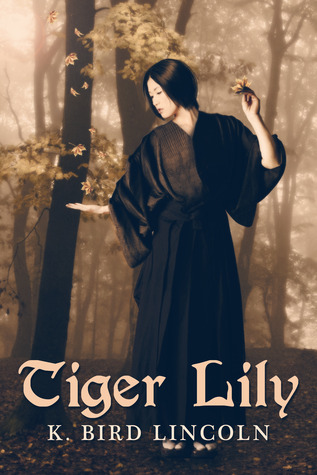 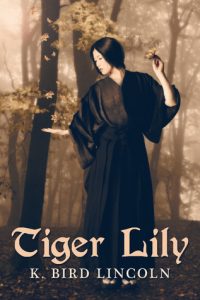 Tiger Lily was full of ups and downs for me. On one hand I loved the setting and concept of kami (spirits) at war with humanity due to religious persecution, and I thought the gender issues were very well handled. On the other hand the main character, Lily, was so damned frustrating!

The book is written in first person and so we ride along in the head of Lily-of-the-Valley, a young lady born in the year of the Tiger. It’s important to note that birth animal effects the person’s personality in this alt history world. Tiger girls are head strong and rebellious and possibly lucky or unlucky. And apparently most Tiger girls are killed when born for the simple crime of being born in the wrong year… I think. I’m not clear on that last part as it was brushed over pretty quick. So Lily is head strong, except when she’s meek. She’s rebellious, except when she’s pliable. And she’s lucky, except when she’s not. And we hear it all going on in her head all the time. The way she flip flops from one decision to the next, her turmoil over whether the prince likes her or is just mocking her, the sheer and utter confusion she feels over pretty much everything. In some ways this works quite well; there’s a fairly traumatic scene roughly 50% of the way through and Lily’s pain and subtle distance are handled within her inner narrative very well. In other ways I found myself putting down the book and going to make a cup of tea out of frustration.

Here’s what this book boils down to for me. Yes there are gender issues, yes there is the backdrop of a supernatural war, yes there is traumatic experiences. But the book is about a girl suffering from anxiety in the Ashikaga (?) period of Japan. You can see it in the way she constantly questions her decisions and actions. You can see it in the way she alternates between praising herself and crushing herself for what she considers her own stupidity. You can see it in the way she blames herself for things that are entirely beyond her control. But the constant tirade of mental anguish was overdone to the point where I often considered putting down the book out of annoyance. Well, that and the author’s odd obsession with describing the smell of people’s breath.

I loved the setting and the concept of the kami and their being pushed out by the spread of Buddhism. I thought the magic of song was a pretty cool one, though I’d have liked some more variation; different songs for different situations. I thought some of the issues the book brings up are handled very well and the story was enjoyable for the most part. But I truly struggled with the inner monologues of the main character. So I’m giving Tiger Lily 3 out of 5.