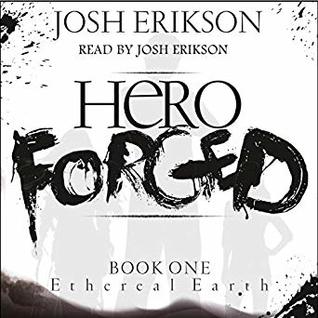 I have to admit, I’m not really into Urban Fantasy. It’s just not my cup of tea. I also don’t like a lot of humour in my books. A bit of gallows humour maybe, but that’s usually about it. I say this so I can impress upon you that this book was up against it. But the author himself offered me a free copy and I know a few folk who have said it was good so… what the hell.

And I really enjoyed it.

For a quick story gumpf. We follow Gabe, a conman who is permanently broke and quite likes it that way. He a snarky arsehole who doesn’t know when to shut up. After an apparently botched B&E job, Gabe finds himself catapulted into a world filled with umbras (demons and the like), and has to navigate his way through it… while also trying to remove a god from his head. Along the way we get a sexy succubus (I’m not sure there’s any over kind) and a host of colourful characters. Sounds a bit hackneyed? Well the author manages to make it work, largely by making us empathise with a main character who is so far out of his depth he drowned about 100 pages ago.

I’m gonna point out here that the author narrated this one himself and did a bloody good job for the most part… although the voice of the God made my teeth itch.

It’s a fast paced ride full of daring jobs, twisty plots, moments of genuine emotion, and big action pieces. Honestly my only real issue is it sometimes a bit too fast paced. Some of the best moments are when the book slowed down for a moment and gave us some worldbuilding and emotional gut punches. Other times I was wishing it would slow down for a second.

So there we go. Not a long review, but they don’t all have to be. A thoroughly enjoyable urban fantasy read(listen) which is something I don’t say very often at all. 4 stars.